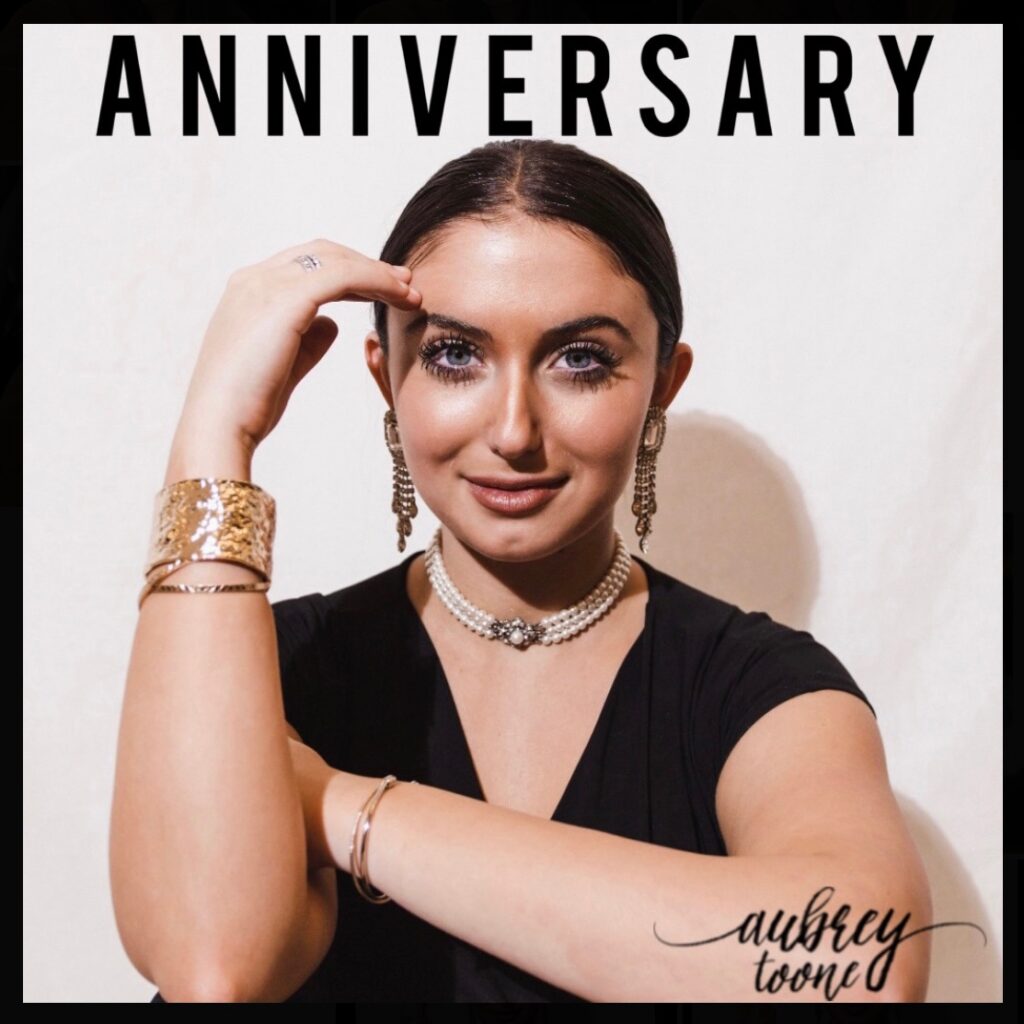 Anniversary was released Friday, June 11, 2021.I remember being in the studio writing this song with Marko and Melani. We were talking about the words we associate with love, particularly the ones that sting when love is lost.  We talked about moments that we used to associate with a person that we now remember alone. I remember those songs in high school that my best friends and I would drive & yell to & somehow in those three minutes everything felt okay again, and I’ve wanted to create a song like this for a while. A song that captures the freedom, happiness, heartbreak and nostalgia that accompanies a relationship ending. Celebrating the courage it takes it find what you really need.

Produced by Marko G and written with Melani Mitton,  Anniversary will be stuck in my head for a long time.  You can listen to it wherever you stream your music. Let me know what you think 🙂

“Anniversary of leaving you.”