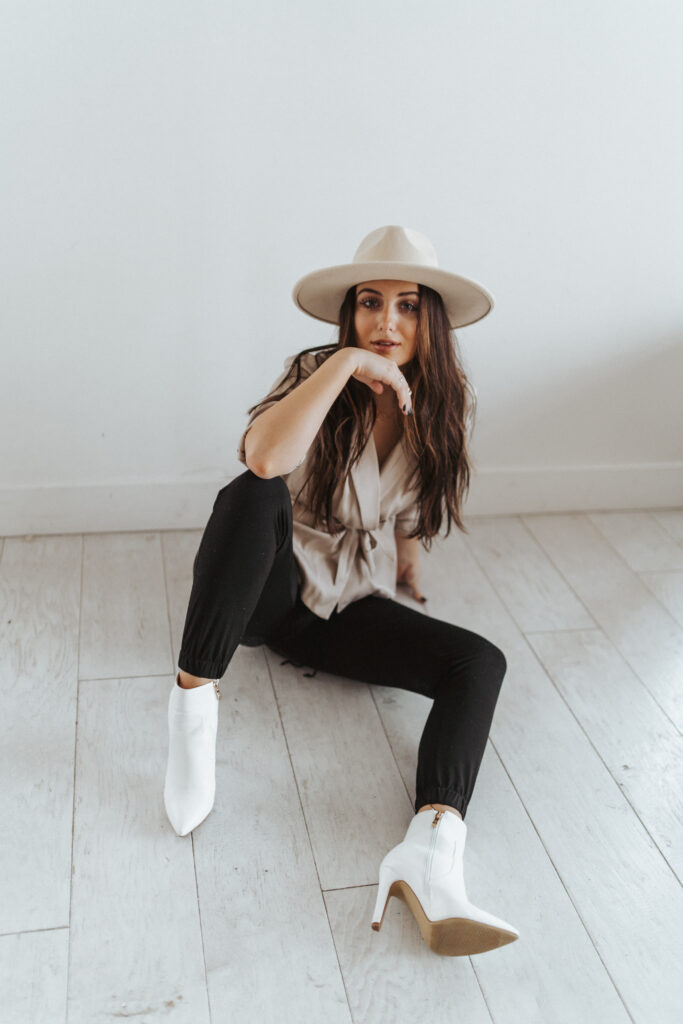 I wrote my original song Outrun, tears streaming onto the bathroom floor of a 160 square foot apartment in Santa Monica, California. I had all of my dreams in eyesight, some caught and soaked in for a moment, and other times, at an attempt to grasp them, felt as if I watched them dance right in front of me and waltz away just as quickly. I experienced love in a way I never thought I would. That summer, a collective group of  scattered thoughts spiraled around in my head, challenging who I wanted to be, and who I already was. Past experiences sometimes crippled my ability to see my present. I felt the depth of inadequacy take its tole on ‘one too many roles’ I felt I needed to play. The words came in less than five minutes. I wrote them down on my notepad, soaked in tears and sang through the lump in my throat. I could hear everything.

“The California sun will burn you if you let him, so don’t let him, creep beneath your skin and bones. He’ll come right in and kiss that lovely skin with venom, a tiny taste of heaven for a second. You gotta Outrun, the California sun.”

An anthem to the dreamers. A voice that shares the same belief that you have something in you no one else can give the world. I wrote this at one of my lowest points, or perhaps the beginning of one, as a pledge to myself to keep running, but no longer to run from – run through. To keep chasing, dreaming, loving, despite my belief that it could all come crashing down again. Outrun is defined as: “to go beyond or exceed.” I can outrun this. I can take what is and has been and mold it into something more beautiful than I ever expected it to be. This was the first day I believed in real change for myself. That I could outrun any trial, heartbreak, mistake, tragedy, fear, failure.

“Friends? Go make them. So I reached out to everyone I could.”

Keep reaching, keep believing that there is good in the world and that you are a part of it. These poems, this chapter – it’s about finding yourself in the midst of chaos, having courage to face your dreams and courage to fail. To get up every single day and try again. This chapter is about strength; even enough to ask for help, and to receive it. To love yourself and to take time to heal. My life didn’t change the day I wrote outrun, but I did. One day at a time. Some days got worse, some a little better. This is why I start with Outrun. The rest of this book follows the trajectory of highs and lows as they come, but the whole time I knew this to be true. It’s about finding hope, or healing during the pain. Outrun was my anthem, the good the bad, the everything.

You can listen to the song on all platforms: